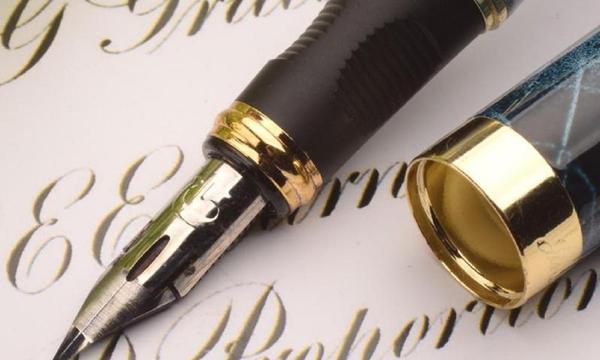 Everything you need to flush every last trace of ink from your fountain pen. Fountain pens need regular cleaning and flushing to keep them working perfectly. As well as dried ink, capillaries can be blocked by fine dust particles, tiny paper fibres and impurities in the ink. Blackstone Pen Flush will penetrate deeply and help dislodge these particles and clear blocked capillaries.

Blackstone Pen Flush contains a special blend of surfactants, wetting agents and penetrating agents designed to penetrate deeply into the fine capillaries in the feed and the space between nib and feeder to dissolve and dislodge dried ink and other contaminants. Blackstone Pen Flush loosens the ink residue and the Pen Flushing Bulb provides just enough force to flush it away. You can soak the nib section overnight, then flush it, or mix the pen flush concentrate and flush that through the section.

Blackstone Pen Flush Concentrate is a convenient, cost saving version of Blackstone’s Pen Plush.  This 30ml bottle makes 1500ml of pen flush. The concentrate comes in a 30ml squeeze dropper bottle with one 5ml vial and one 10ml vial.  Simply add 2 drops to the 5ml vial or 4 drops to the 10ml vial, fill with water and it’s ready to use.

If you prefer you can make any quantity you need at the rate of 1:50 or mix the entire contents with 1470ml water to make 1500ml.  Blackstone Pen Flush Concentrate was formulated to work with ordinary tap water but it works faster with distilled water.  If you have very ‘hard’ water it may take longer to work but it will work.

It does not contain any harsh cleaning agents like bleach, ammonia, alcohol or phosphates which could damage fountain pens. Blackstone Pen Flush is safe to use on any pen part that can be immersed in plain water without adverse effects – but some vintage pens made of casein, cellulose and some types of ebonite can be damaged just by plain water. These pens should be dismantled and only the nib and feed should be soaked in the Pen Flush.

This pen flushing bulb is used to flush ink from your fountain pen. There are a few ways these bulbs can be used – my preference is to cut the tip down so the section can be screwed into the bulb. I find it’s a more secure fit and it will flush the area around the top of the feed where the cartridge or converter goes in. In the product pictures you will notice that the bulb tip has been cut down so the pen section can be screwed in. When you cut the tip down to size don’t cut too close to the bulb itself. The rubber will stretch to accommodate most sections and will close tightly around it.

When to Flush Your Pen:

Generally the more often a pen is used the less frequently it will need flushing because the constant flow of ink through the pen helps to keep the capillaries clear.

If there are traces of Pen Flush left in the pen, when you refill it with ink, the ink will flow very quickly until the ink flushes the Pen Flush from the pen.

Using a Pen Flushing Bulb will speed the process dramatically.

The nib section can be left to soak overnight (nib down) in the Pen Flush if necessary.

Some highly saturated inks and inks containing pigments may need several overnight soakings to remove dried ink. In this case, change the Pen Flush every day and try to flush the pen every day until you can draw water or Pen Flush up into the pen.

Once you can draw water or Pen Flush up into the pen give it a Quick Flush as described above.

If this fails then you will need to remove the nib and feed to clean them. Soak the nib, feed and section overnight then brush gently with a soft toothbrush dipped in Pen Flush.

Hold the section and gently squeeze the bulb with your other hand.

Remember you are forcing the water through very small capillaries so it will take a little time.

You may need to repeat if you use very dark or saturated inks or the pen has been left with ink in it for some time.

Most sections will screw in fairly tightly but you may need to hold on to thinner sections to prevent them being forced out.

When we were developing and testing Blackstone inks we would end up with quite a lot of pens that needed to be flushed to remove all traces of ink before testing a new batch of ink. Sometimes we wouldn’t have time to flush the pens after each test and quite often pens were left to dry with inks still in them.

We needed a way to speed up the process and to ensure all traces of ink were removed so one ink did not contaminate the next batch and affect our tests.

We soon found one of the major problems when ink has been allowed to dry in a pen is that air locks in the fine capillaries prevent water from penetrating completely. The wetting agents and penetrating agents in Blackstone Pen Flush make water “super wet’ allowing it to get around the air locks by wetting the capillary walls and forcing the air out.

So we focused on wetting agents and surfactants rather then harsh cleaning agents. Blackstone Pen Flush is based on the same or similar ingredients we use in Blackstone inks and is completely harmless to fountain pens when used according to directions.

We’ve been using Blackstone Pen Flush for about a year now mainly just to speed up the process of flushing pens so we can test different inks in the same pens. We have been constantly perfecting and improving the formula while we’ve been using it during our ink development process. We know how time consuming and frustrating flushing a pen can be so we decided to make our Pen Flush available to our customers.

Blackstone Pen Flush is Made in Australia from mostly local but some imported ingredients.